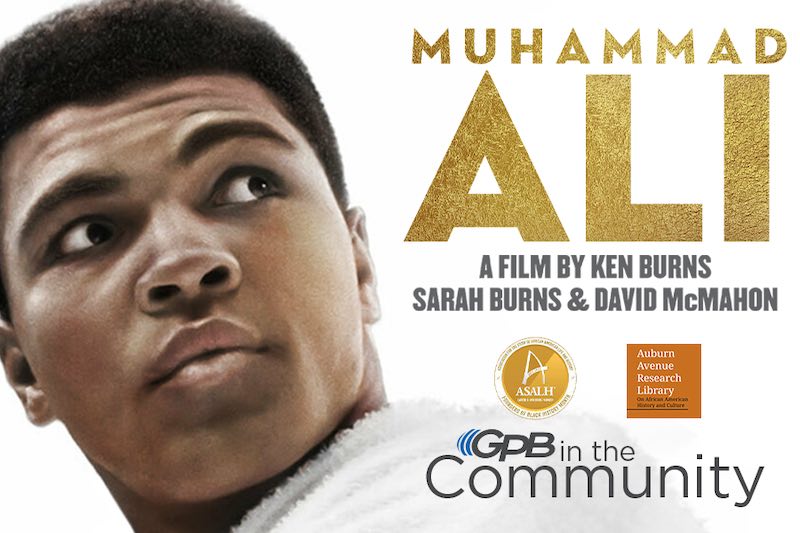 Muhammad Ali, the new four-part documentary directed by acclaimed filmmaker Ken Burns follows the life of one of the most consequential men of the 20th century. A three-time heavyweight boxing champion who captivated billions of fans with his combination of speed, agility and power in the ring, Ali was also a powerhouse outside of the ring with his charm, wit and outspokenness. At the height of his fame, Ali challenged Americans’ racial prejudices, religious biases, and notions about roles celebrities and athletes play in our society, and inspired people all over the world with his message of pride and self-affirmation.

Following selected film excerpts, GPB’s Leah Fleming will be joined by Dr. Valerie Babb (Andrew Mellon Professor of the Humanities, Department of African American Studies, Emory University) and Marques R. Dexter (Assistant Director of UGA African American Male Initiative, Office of Institutional Diversity, University of Georgia) for a conversation focused on Ali’s evolution through his career, his religious identity, and status as a hero-like figure becoming a person “bigger than boxing.” **One lucky attendee will win a free Google Chromecast and a copy of Jonathan Eig’s book Ali: A Life.**