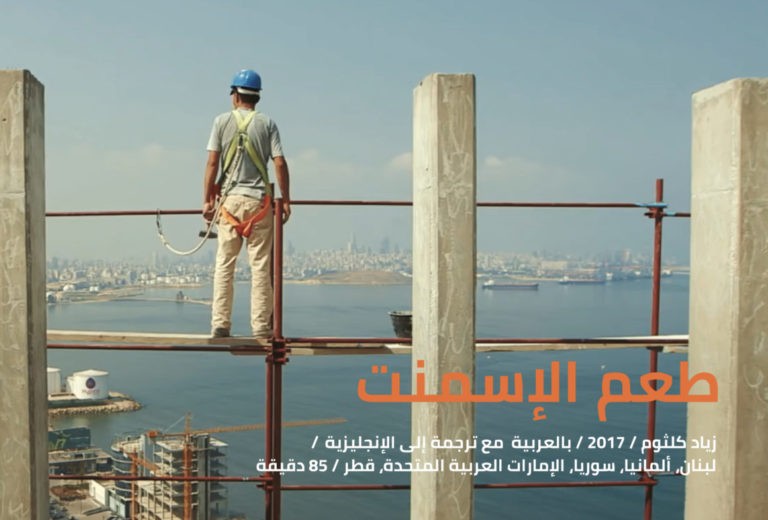 The Global Media Festival, hosted by Georgia Tech’s School of Modern Languages, presents an annual film and discussion series that focuses on sustainability across languages and cultures. Join the conversation with international film directors, educators, and partners on this year’s topic of “Sustainability in Mental Health”.

This evening’s event will be the screening and discussion of “Taste of Cement”, a cinematic portrayal of exile that documents the effects of war and displacement through the lens of Syrian construction workers rebuilding skyscrapers in Lebanon after its civil war. Scenes of construction juxtaposed with destruction tell a universal tale of war and its profound impacts on humans as well as their surroundings.

After the screening, Ziad Kalthoum, director of “Taste of Cement”, and Dr. Taha K. Sultan Al Barghathi, representative of the International Federation of the Red Cross and Red Crescent Societies, will join via Skype for a Q/A about the film and to discuss mental health and refugees in the context of war.